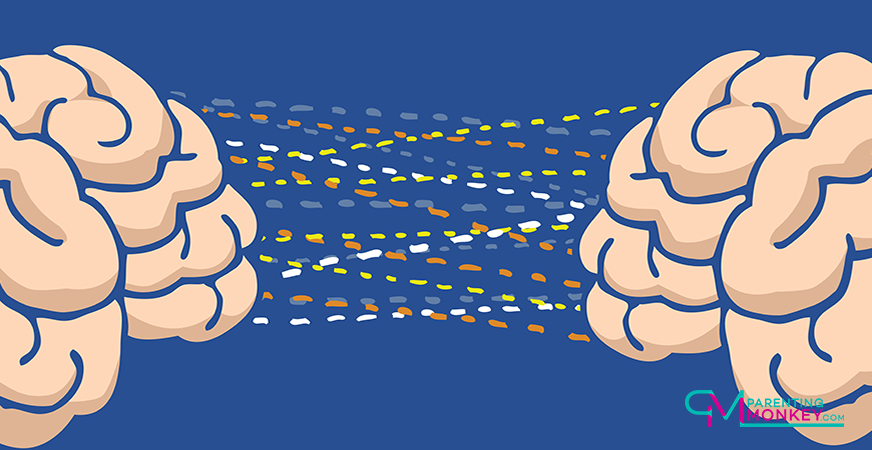 Are teenage brains different, and do teenagers really think differently?

Perhaps you find it difficult to remember what it was like during those turbulent teenage years of your own or maybe you were a very easy teenager.

In which case your parents must have breezed through your adolescence and they were probably envied by other parents!  You don’t necessarily need to be reading this if your teen is sensible, responsible and entirely well-behaved and if you are the parent of a perfect teen, count yourself as extremely lucky because you are most definitely in the minority.

It is completely normal for teenagers in the USA and of course, everywhere around the world to display rebellious behaviour.  Most teenagers present very difficult challenges for us overgrown adults to deal with.

We feel frustrated every time we hear that door slamming or we are regularly greeted with grunting, scowling and eye-rolling.  Curfews are ignored, cigarettes are found in school bags, bottles of alcohol disappear from cupboards and uninvited teenage guests invade the home for hours on end.

Sound familiar? Welcome to the world of your teenager, but please, be as gentle as you can because your teenager’s brain is different to your adult brain which is why your teen acts the way they do.

That sweet little 10 year old who would clamber into your lap for a hug or want you to play with their toys has transformed into an overgrown youth with a mass of hormones and unpredictable behavior!

Teenage Brains Are not Fully Developed

Teenager’ brains have yet to fully develop and that’s why they are seen as barely young adults.  They are no longer children but they haven’t yet fully grown – in body and in mind- to be considered responsible adults.

Cut them some slack but not too much because it’s your job, as their parent, to guide them so their brains do develop fully and blossom into that fabulous adult that you hope they will become.

Getting To Grips With Emotions

Teenagers are well known for being impulsive, irrational, moody and explosive!  This is because they are still getting to grips with their unpredictable emotions and it’s down to hormones as well as brain development, trying to make some sense of the world in which they live in.

However, living in modern times gives us far more access into the teenage brain as a vehicle and how it develops.

Neuroscientists have been studying teenage brains for well over a century and have found some extremely interesting and useful information that may help you view your teenager with more sympathy and understanding rather than with exasperation!

Now, when you stress and moan that your teen rebel won’t listen, won’t talk, changes his or her mood within a second and seems to swim in a world of poor decision making, your friend, mother, partner and other family members will blame it on hormones.

You know that much is true.  Puberty changes your popular, docile child into a warring adolescent but there’s more to it than a flurry of hormones.

However, you can’t just blame hormones. Teenage brains obviously develop naturally but there are other factors that also play a part in how they grow. Adolescent brains are very much influenced by heredity, the environment in which they grow up in as well as those troublesome hormones which are part and parcel of growing up.

You can exercise some control.  Guiding your teen in life is good parenting, showing them how to make decisions and encouraging confidence will help them to develop into well-rounded individuals but there are other things that you can also factor in.

Sometimes, a short e-book will help you to understand teenage brain development.  A very recommended read (as mentioned by The New York times book review, Good Housekeeping, Publisher’s Weekly and others) is The Teenage Brain by Neuroscientists Frances E Jensen and Amy Ellis published by Harper Collins (RRP $8.99).  It’s a non-fiction survival guide aimed at adults bringing up hormonal and often volatile teenagers.

Lack of sleep is one of the biggest factors in volatile teenage behavior.  Your teen doesn’t want to have early nights – far from it, he or she wants to be out with their friends, chatting online or up to the small hours of the morning, just because they can.

There’s a whole range of far more interesting activities than going to bed!  However, lack of sleep can be damaging because sleep helps your teen’s brain to grow healthily and also helps them to make sense of the world as it unravels its mysteries through dream sequences.

Sleep Is An Integral Part Of Brain Development

While your teen sleeps, growth hormones are released from the pituitary gland.  So, when your teen next sleeps in until midday on Sunday, don’t barge into their bedroom and demand they get up as they should be helping you by tidying their room or completing their list of chores, think about their brain growing.

Of course, your teen will resist. The problem is that sleep is regulated by two hormones, melatonin and cortisol.
Cortisol makes us wake up and melatonin regulates sleepiness.

Adults usually get sleepy around 10 or 11.00pm when melatonin is naturally released.

However, your teen may not get that hit of melatonin until later on.  Much of this is down to culture – teens want to stay up late but some of it is also down to hormone development.

What with early rising being a prerequisite of school, it’s just another reason why your teen is so moody.  You can correct this by encouraging earlier nights during the week and even if your teen doesn’t sleep at 10.00pm, try and find a relaxing routine that doesn’t involve screens, loud music or phones.

Teenagers do need at least 9 hours sleep to function well. I know that’s going to be tough to implement but again, negotiate more play time at the weekends. Remember, your teen needs that sleep for a reason.

Decision making comes from the prefrontal cortex of your brain and adults’ prefrontal cortices are well developed for them to hopefully make well thought-out decisions.

In fact, it can take an adult until his mid-twenties to have a fully developed prefrontal cortex, hence why adults go through career crisis in their twenties when they may well feel they’ve made the wrong decision.

However, teens’ brains are not ready to make rational decisions which is why they are often impulsive and what you might describe as impossible!

Additionally, this area also controls emotional response – which is why you might feel you can’t reason with your over-emotional 16 year old, yes, I know, it’s not easy being rivals all the time!

Not only does it make decision making so tough for your teen, it also means that they chop and change their mood quickly. Teens often make decisions based on an emotional impulse which is why many are ill-thought out and often poor choices.

Be assured that eventually, this will sort itself out!

An Opportunity To Learn

Luckily, as time goes on, the teenage brain starts to resemble an adult brain and as your teen progresses into late teens, decision making will start to improve and irritability lessens.

The brain eventually develops so it is far more efficient and it structures itself to break down connections that it no longer needs.

This is a process that is called synaptic pruning.

During this time, the brain is also more susceptible to learning new talents because it soaks up information so encourage your teen to take up a new hobby, learn a new skill, perhaps try a language, ride a bike or even play an instrument.

This is not the time for your teen to spend hours playing computer games, watching movies or chatting online, although these activities cannot be avoided (who wants an extra-irritable teen around?) they should be limited to certain times of the day.

Another very interesting fact is that teenagers and adults recognize emotion in others completely differently.

There was a study at the McLean Hospital in Belmont, Massachusetts conducted by Deborah Yrgelun-Todd and other researchers to show how teenagers interpret emotion in comparison to adults.

A group of participants consisting of teenagers and adults were given a series of photographs of adult faces in different expressions.  The participants were asked to identify each expression/emotion.

Guess which group got them correct?

Yes, the adults of course and that’s because teenagers are not hard wired yet to recognize and link expression and emotion.

Adults participating were using their prefrontal cortex which governs rationality and logic to understand each expression whereas teenagers were using the amygdala part of their brain which is the area reserved for impulse and emotion.

As the prefrontal cortex of the brain develops, it enables people with the right tools to relate to others, something that teenagers haven’t yet mastered.

This is another reason why teens often find it hard to understand and communicate with adults.

They also display emotions differently, for example, worry can come across as anger and anger as disappointment.

You may also wonder why teenagers have a hunger for taking risks or seem to have no cause for concern when they do certain things. This is down to another area of the brain called the nucleus accumbens which forms early in teens.

This area focuses on reward and pleasure.  An adolescent’s brain responds quickly to this area and that is why risk taking is very tempting to your teen.  This is the reason why your teen is tempted by alcohol, drugs, sexual encounters and smoking – even driving too fast.

All of these things are perceived as sexy to them because this is the time when this area of the brain is most vulnerable because it is not yet fully developed.

In fact, statistics show that 70% of teenage deaths in the USA are down to motor crashes and, teen drivers ages 16 to 19 are nearly three times more likely than drivers aged 20 and older to be in a fatal death caused by a motor vehicle.

Combine all of the above with peer pressure and your teen is more likely to succumb to risk taking.

So the next time you punish your teen or give them a good talking too, do bear in mind that their brain is undergoing huge development and won’t finish developing major areas that involve decision taking and emotion until they reach their mid-twenties.

What you can do to smooth the pathway:

For further information this short, informative Youtube video will give you more insight into your teenager’s brain.  Finally, do give them the benefit of your own experience and guide them as best you can, it’s up to you as a parent to show them the route down the twisting pathway of their teenage years so they come out as well-rounded adults at the other end.