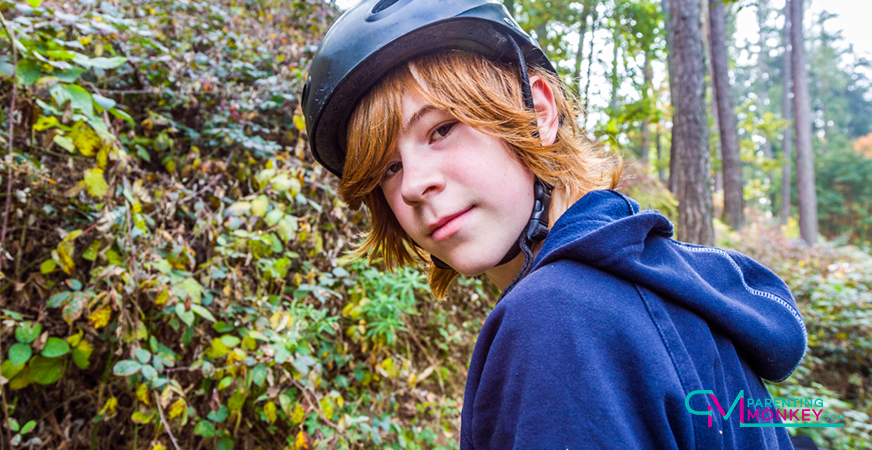 Puberty: Just the thought of it can leave parents shaking in their boots. I know that it can be hard to think about your boy going through those changes, but you’ll feel better if you know what to expect. Prepare for your son’s pubescent years by learning these five stages of puberty.

Most boys begin the earliest stage of puberty anytime between nine and 12 years old, but some boys are 14 before it begins. On average, boys are 10 when these subtle changes start to take place.

It can be hard to tell that a boy has entered this first step toward manhood because most of the activity during the first stage of puberty takes place on the inside. The body starts to produce more male hormones.

Some boys also have a growth spurt during early puberty. It sometimes occurs toward the end of the first stage, so it may be a sign that a boy is getting ready to transition to the next stage.

The second stage of puberty is when physical changes really start to take place. This phase can take place at any time between nine and 15 years of age, but it usually happens when a boy is 12 or 13.

Once a boys’ testicles begin to grow, it is clear that puberty has begun. During this stage, both the testicles and the scrotum get larger.

Boys begin to develop more body hair, but it is light and fine. It can be found on their legs, on their underarms and around their genitals.

Boys really begin to grow during this stage too. Not only does their height increase, but they also become bigger overall. An increase of fat and muscle changes the overall shape and size of the body.

The area around each nipple, known as the aureole, sees changes too. It gets larger and darker.

What If This Stage Happens Early or Late?

There is a wide range of what is considered normal for boys to start showing outward signs of puberty. However, if your son begins to go through these changes before age eight or isn’t showing them by 14 years of age, consult a doctor. Early or late development could be associated with another problem.

The normal range for the third stage of puberty is between 11 and 16 years old, but for most boys, it happens when they are 12 or 13.

The testicles and scrotum began to grow in the previous stage, and that growth continues in this one. Now, the penis starts to grow too. Boys should expect it to lengthen but not widen during this time.

Learn more about the pubescent growth of the testicles, scrotum and penis in the video “What Genital Changes Occur in Boys? | Puberty.”

The hair also changes in texture. Rather than fine, it starts to become a little coarser and curlier. It may get darker.

Toward the end of this stage, boys start to grow a bit of facial hair on the upper lip.

A boy’s height continues to increase during this time. His shoulders will get broader, and his face will lose much of its youthful roundness. He will continue to develop increased muscle.

The transition to a deeper voice begins during this time. In order for that to happen, the larynx and vocal cords must grow in both length and width.

This growth is an adjustment for the body, and during the transition period, a boy’s voice is likely to crack. Fortunately, these strange sounds usually occur only during a period of a few months. Once the larynx reaches its full size, your son’s voice will level out.

The fourth stage of puberty happens at any time between 11 and 17 years. Ages 13 and 14 are common.

The testicles and scrotum started growing in an earlier stage of puberty, and they continue to grow at this stage. The length of the penis continues to increase, and widening begins as well.

Trending Now:  How Can I Encourage My Teenager To Spend Time With Family?

Around this stage, boys will start to ejaculate. This may happen as a wet dream during the night. The first ejaculation usually takes place about two years after pubic hair starts to develop.

Boys’ pubic hair transitions to its adult texture. It is both curly and coarse. It spreads over a larger region but does not yet cover as fully as an adult’s.

Underarm hair, too, becomes more prolific and takes on a mature texture.

Facial hair spreads. The hair on the upper lip increases, and chin hair starts to grow.

Boys continue to grow bigger and taller during this phase, and their skin starts to change too. It becomes more oily, especially the facial skin.

Much to a boys’ surprise, he may have some breast development during this time. The growth is temporary, and his chest should flatten out again on its own within a couple of years.

A boy’s voice can continue to get deeper during this stage of puberty.

The final stage of puberty starts between 14 and 18 years. Many boys reach it around age 16.

The testicles, scrotum and penis reach their adult size and shape.

If he hasn’t already begun to shave his face, he will probably start to do so at this point.

Boys reach their adult height. Their growth slows and then stops. Some boys do keep growing into their twenties.

Over the course of about six years, your little boy changes into a man. This process can be both scary and exciting. Please comment with any questions. Here’s what you and your son should remember: